A WOMAN MUST NOT WEAR A MAN’S CLOTHING 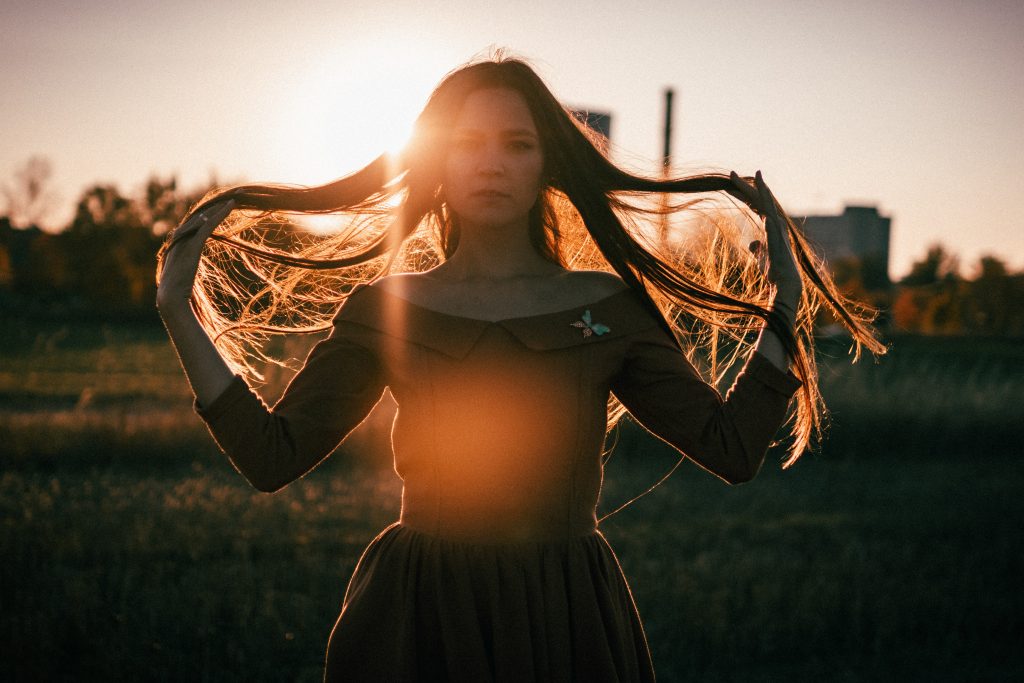 The difference between men’s and women’s clothing, or dress styles, and how they apply to New Testament believers is a hotly debated subject. This stringent compliance with laws and codes intended to perfect the saint and remove their vulnerability to sin is one of the distinguishing characteristics of the early 19th-century “Holiness” movement, which has gone by a variety of names since then.

WHAT DOES DEUTERONOMY CHAPTER 22 MEAN?

The Holiness movements cite Deuteronomy 22:5 to establish that God despises women who wear men’s clothing and men who wear women’s clothing as one of their fundamental laws. It’s important to note that these labels aren’t based on those found in clothing stores.

“A woman shall not wear anything that pertains to a man, nor shall a man put on a woman’s garment, for all who do so are an abomination to the Lord your God.”

Subsequently, there are others who will argue that the spirit of the law no longer applies because it is Old Testament ‘law,’ but we know otherwise. The purpose of this blog post is not to discuss the Law versus Spirit issue, but rather to provide light on the message’s context.

Using Biblical Hermeneutics is absolutely essential to ensure that this content is presented in the most open-minded and non-biased light possible. To begin with, the Bible must be interpreted literally and in its basic, straightforward form, not as an allegory or mystery. The Bible must be interpreted historically, in the context of the audience and author; and Scripture is always a better interpreter than anybody else.

Now, by following these criteria, we can avoid the “private interpretation” fallacy and arrive at the same understanding for everyone.

According to the commandment in Deuteronomy 22:5, men must “wear that which belongs to them,” while women must “put on the apparel of the woman they are with.” Now that we’ve sorted out those two terms, let me explain why it’s so critical that we grasp both the terms and their context.

MAN AND WOMAN CLOTHING IN THE BIBLE

According to the Israelite culture, men were represented with weapons and beards to appear masculine, while ladies wore flowing robes with a variety of alterations, such as different lengths, hoods, and hair covers, as well as jewels dating back to ancient times

The attire of men and women differed only in their ornamentation, but the general ‘garments’ they wore were nearly identical.

Commentary by Adam Clarke sums up the situation as he sees it:

Females are forbidden from wearing a man’s possessions, such as his weapons or tools. Even if it isn’t explicitly stated in the passage, it is likely that the word “geber,” which translates to “strong man” or “man of war,” is being used here to refer to an armored man. The woman shall not become or exist as a heroic, great man of war and wear the armor, weapons, and effects of a warrior.”

This is a far cry from the typical sermon presented in today’s legalistic pulpits! The Bible makes it obvious that God cares about the roles of men and women, but I fear that modern interpretations have seized the letter rather than the spirit of the law (yes, the Old Testament law).

Women’s clothing was often more ornately designed and frequently had a hood or other form of head covering.

Men have always had facial hair in art; women, on the other hand, don’t (as nature teaches us). Jewelry, bracelets, necklaces, and other beautiful adornments were worn by women as a sign of social prestige, rank, and attractiveness in contrast to current Pentecostalism’s strict legalistic interpretations of the faith.

There are several instances in the Bible when the Bible uses the word “effeminate character” to describe a man, and we know that males are not supposed to be “effeminate” in any way, shape, or form (delicate). Deuteronomy 22:5 is crystal clear on this point.

So, then, what exactly is feminine?

According to The Merriam-Webster Dictionary, delicate and attractive attributes are generally associated with a woman’s femininity.

A strong warrior should not wear elegant, delicate, and pretty attire and jewelry in order to make himself appear like a woman, according to the two major laws of Biblical Hermeneutics.

WHAT IS THE DIFFERENCE BETWEEN MALE AND FEMALE CLOTHING?

In other words, we now know two crucial facts: God cares about the appearance of men and women, because he coined the word ‘abomination’ to describe such an appearance.

The difference between the sexes has little to do with the actual shared ‘garments’ in terms of context and culture.

To conclude this discussion, it is critical that you do this. First and foremost, this commandment was a cultural one, as Jewish laws were given to civilization. To be used today, it would have to bear the weight of its audience’s cultural baggage. Face scarves worn by males are considered effeminate in some cultures where they are considered a “women’s clothing.”

The Pentecostal church forbids both men and women to have long hair or to wear jeans or pants that split their legs (save for nylons, which are nearly invariably required to prevent males from lusting after a woman’s bare ankles or calves) (I Corinthians 11:14).

As a matter of fact, modesty is a Godly concept, although it varies greatly depending on the culture in which it is practiced. Consider Paul’s writings as an example of subjective language. Despite the fact that they were written for a different purpose, they work well here.

Embracing modesty is both a cultural practice and a conscious decision. While the majority of a woman’s body is exposed, some cultures consider modesty to be her headdress. To remove her headdress in public would be deemed obscene and immodest by Western cultures, which regard breasts to be unattractive.

To put it another way, how a person clothes reveal their innermost thoughts and feelings. If a woman is dressed in a skirt or dress, she is no less provocative than if she is dressed in slacks or an Indian Sarees.

Dressing in a way that attracts the attention and arousal of someone other than one’s spouse is a sign of immodesty and a potential roadblock in a relationship. Stay modest.

9 PASSIVE INCOME IDEAS FOR MID-2021 AND BEYOND

How are you reaching your financial goals? Did you ever make plans for passive income? What other means generate ...

END_OF_DOCUMENT_TOKEN_TO_BE_REPLACED

What does success mean to you? Some call success an achievement. Bu...

END_OF_DOCUMENT_TOKEN_TO_BE_REPLACED

MAXIMIZING POTENTIAL- WHAT IT MEANS AND HOW TO MAXIMIZE IT

END_OF_DOCUMENT_TOKEN_TO_BE_REPLACED

There are easy and quick ways to make money from home with your phone and even by doing simple tasks online.&nbsp...

END_OF_DOCUMENT_TOKEN_TO_BE_REPLACED

How to Study the Bible Effectively (A Step By Step Guide)

Learning how to study the Bible effectively is an essential part of your Christian walk. In this blog post, you will find out how to create a Bible study plan, implement it and become intimate in your relationship with God.

END_OF_DOCUMENT_TOKEN_TO_BE_REPLACED

6 HIGH-INCOME SKILLS YOU SHOULD LEARN NOW

END_OF_DOCUMENT_TOKEN_TO_BE_REPLACED

WHY DO YOU PRAY EVERY DAY?

Yes! I was once seeking to find the answer to the question of why do we pray every day? ...

END_OF_DOCUMENT_TOKEN_TO_BE_REPLACED

5 Best Life Tips for a Happy and Successful life

What is life? How long do you think you have to live to enjoy happiness in life? What are the best life tips to make life fun, interesting and fulfilling? Of course, the questions of life and its meaning are numerous. Humanity is constantly in search of answers about life. While few find these answers early in their lifetime, many find the answer too late, and some never discover the purpose of life.

END_OF_DOCUMENT_TOKEN_TO_BE_REPLACED

PRACTICING THE PRESENCE OF GOD – HOW TO DO IT EFFECTIVELY

No believer can survive the Christian journey for too long without experiencing the presence of God. You need God’s presence evidentially in your daily life.

END_OF_DOCUMENT_TOKEN_TO_BE_REPLACED

As you enter the new month, some things need to change about you and you do.

END_OF_DOCUMENT_TOKEN_TO_BE_REPLACED

Every year October is National read a Book Month. This month-long event honors the value of books, words, and sto...

END_OF_DOCUMENT_TOKEN_TO_BE_REPLACED

You wonder how people have more intelligence quotients (IQ) than others. Do you want to learn what it takes to in...

END_OF_DOCUMENT_TOKEN_TO_BE_REPLACED

How to Launch a Profitable Online T-Shirt Business Right Now

T-shirts aren't just basic casual apparel items; they're also a reflection of our identities and interests. The o...

END_OF_DOCUMENT_TOKEN_TO_BE_REPLACED

Seven (7) Reasons to Read Every Day: Why you should read Daily

Reading is a culture for every great and successful person. Reading helps. You do not need to find a reason to re...

END_OF_DOCUMENT_TOKEN_TO_BE_REPLACED

A Beginner Guide on How to Read Books 

After a few years of reading, I have learned a few things I wish I had known at the outset. This guide will help ...

END_OF_DOCUMENT_TOKEN_TO_BE_REPLACED

Reasons Why Digital Flipbooks are good for your Business

What are your thoughts on reading digital flipbooks? When did you last use them?

END_OF_DOCUMENT_TOKEN_TO_BE_REPLACED

Investing is a great way to increase your wealth for both yourself and those you care about. However, your invest...

END_OF_DOCUMENT_TOKEN_TO_BE_REPLACED

When it comes to investing and building wealth, what does the Bible say? Are there truly biblical investment prin...